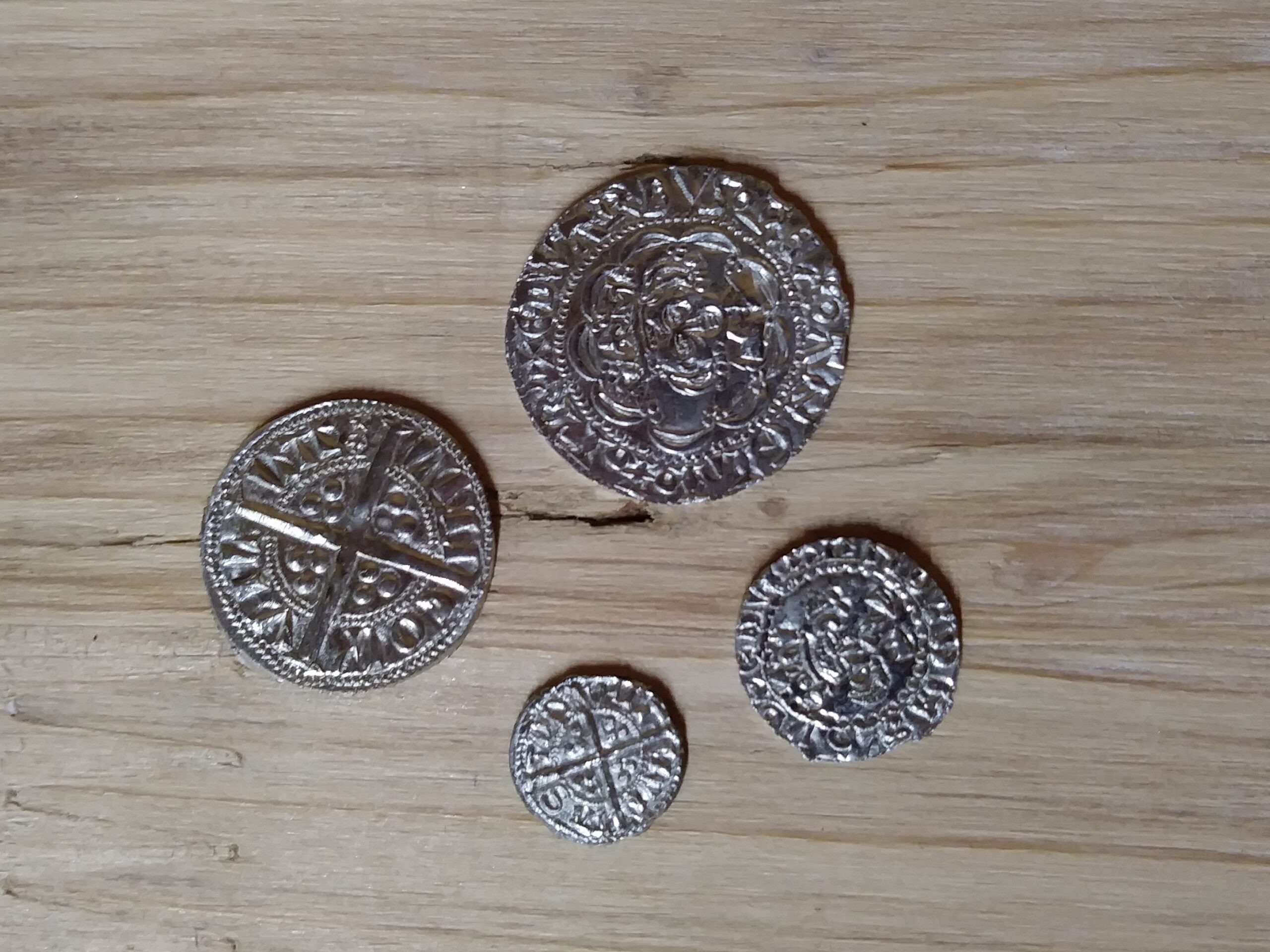 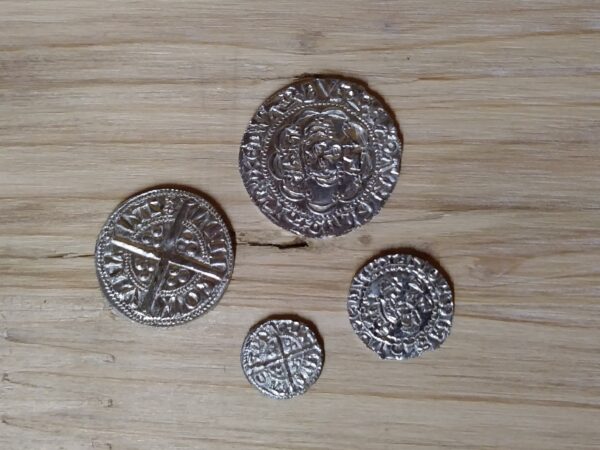 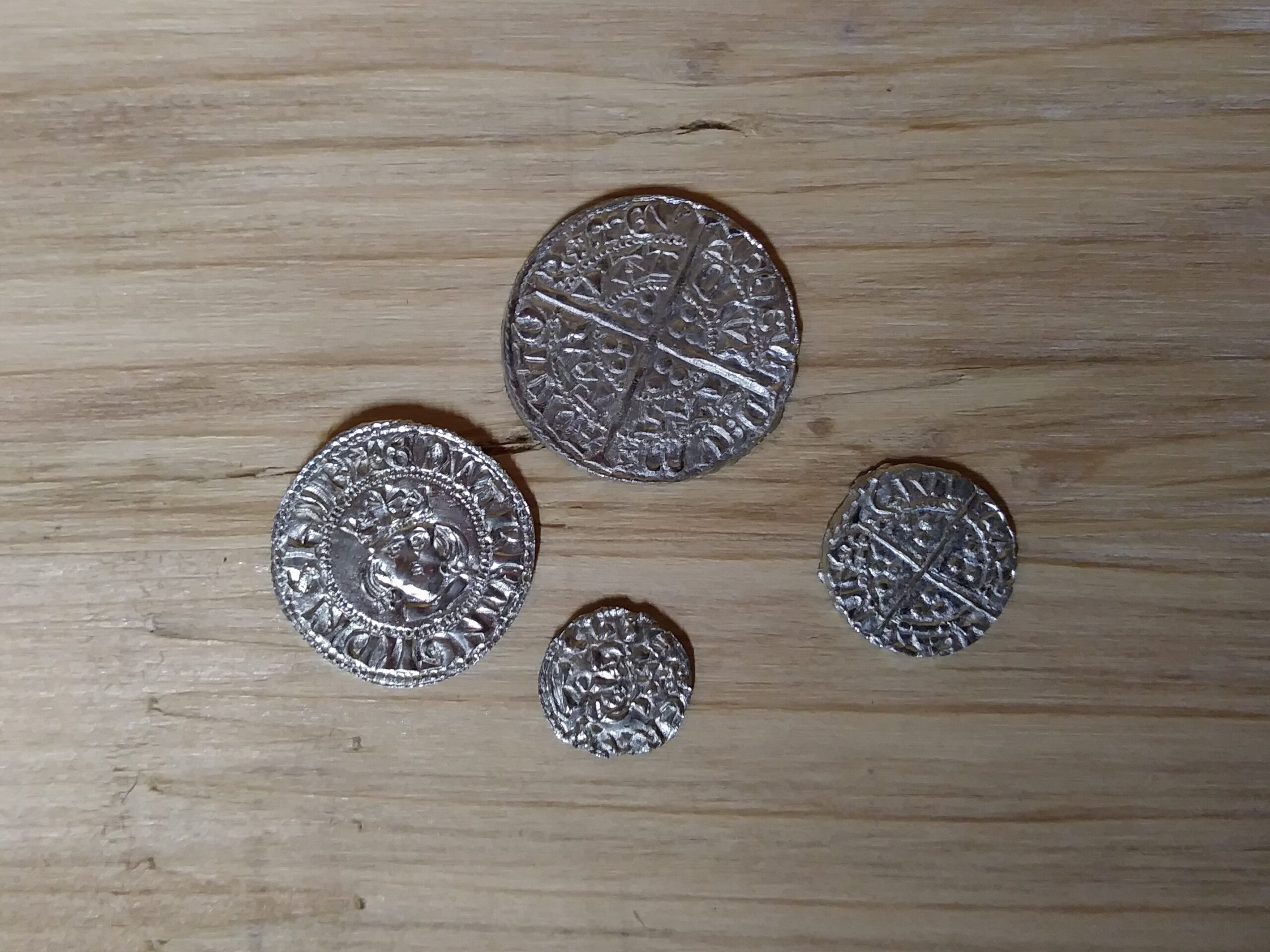 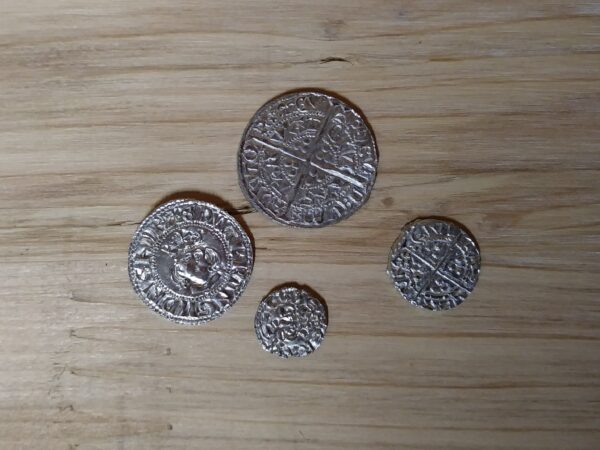 These 4 pewter replica medieval coins are hand struck in the original manner from hand crafted dies by a very skilled craftsman right here in England. We are the only retailer to hold his works as a stock item. Photo shows both sides of each coin.

The wages of a laborer or ploughman were around 2p, up to 4 pence for short term contract work. The daily wages of a skilled worker could be 4p and a master craftsman 6p. After the black death wages and terms were more negotiable and this kind of contract or ‘terms of employment’ as we would say today became the norm. 4 pence a day was the going rate for ‘a worthy man’ or 6 pence a day was payed for a mounted archer, a wage that held throughout the later part of the middle ages.

The medieval coins used in daily business, was the groat of four pence supported by the half-groat, and the penny by the fractional denominations of the halfpenny and farthing. This packet contains just enough to pay a foot archer minus deductions for ……… er ah i mean…