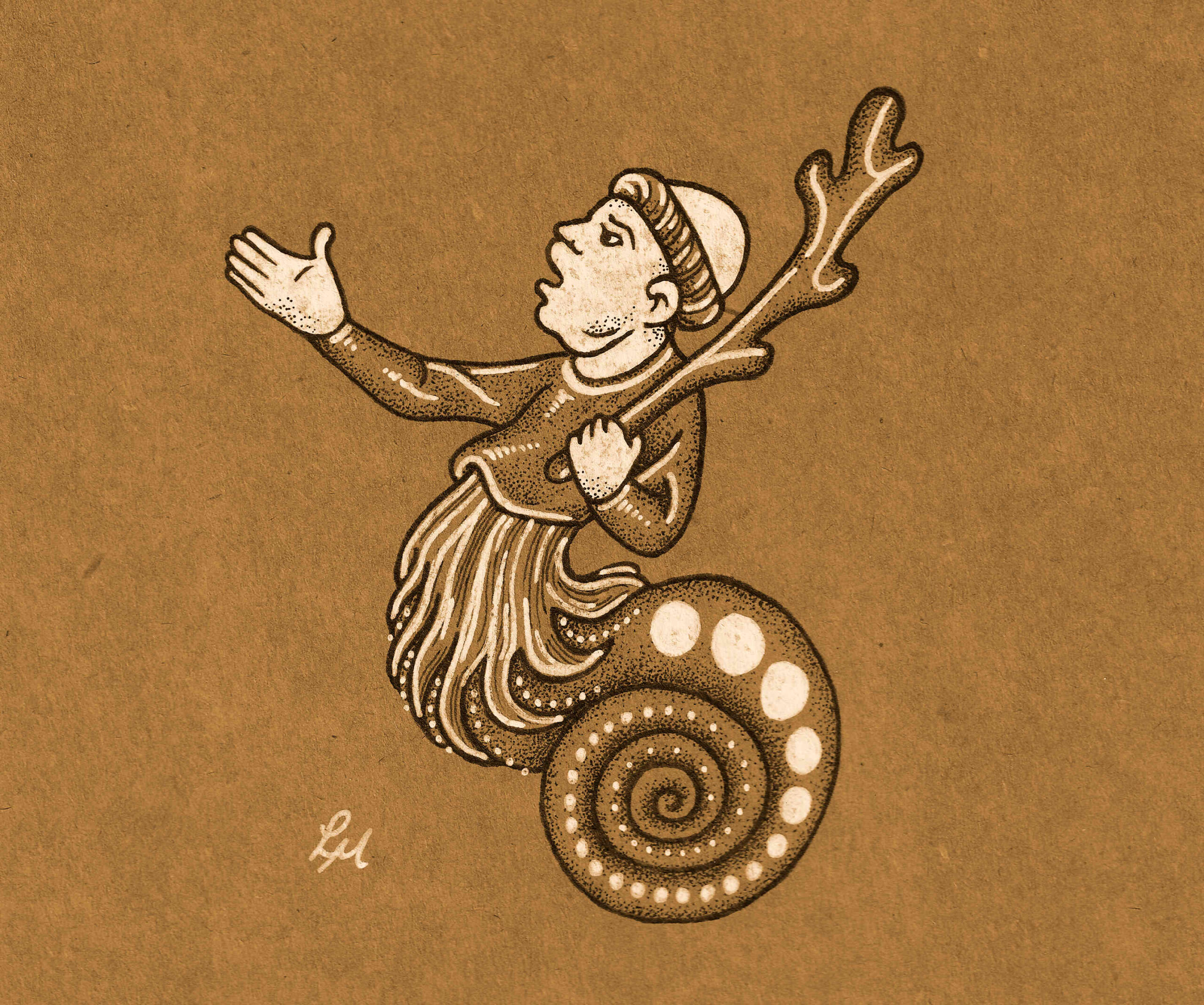 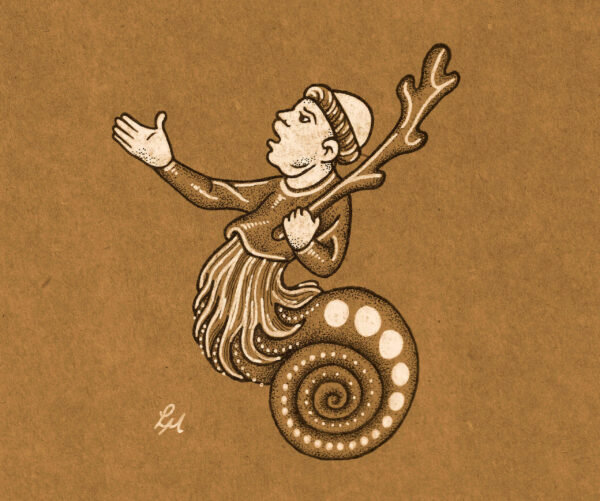 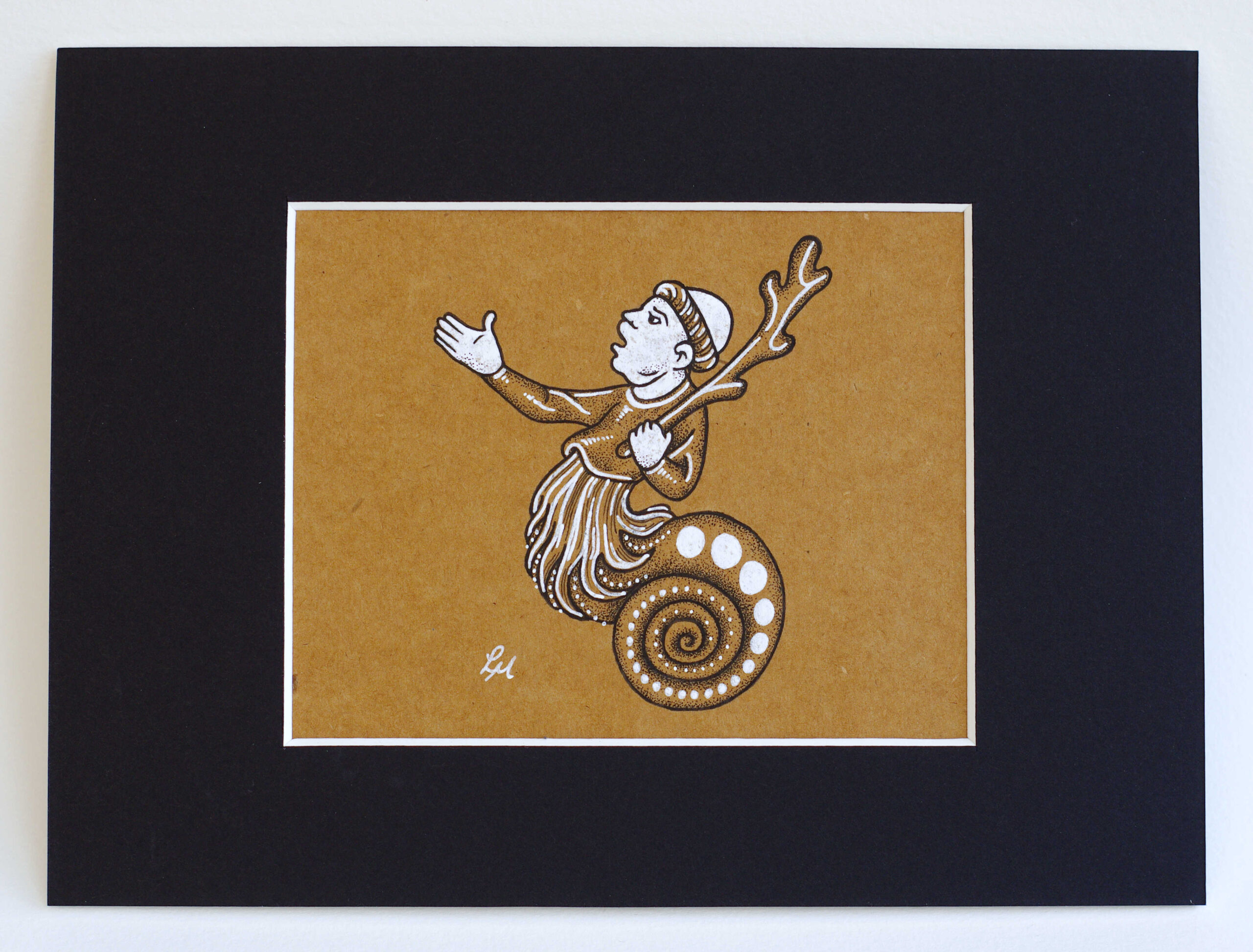 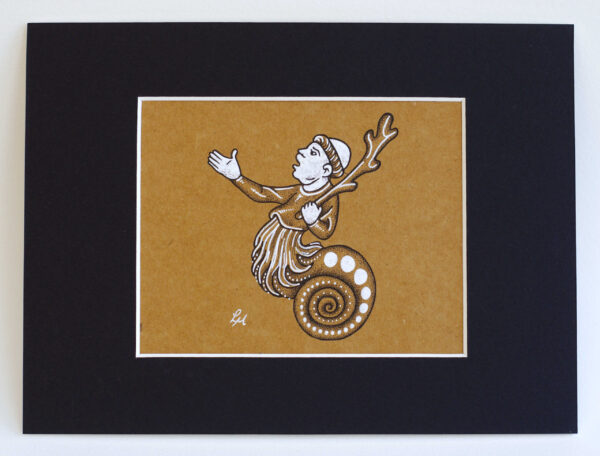 Marginalia illustration – Monk Malacomorph. An original ink illustration by Sheffield artist Laura Martin, depicting a hybrid monk-snail creature based on a piece of marginalia from the Breviary of Renaud de Bar. This piece has been created using fine pigment ink on brown paper, with details picked out in stippled shading and white ink highlights. The illustration measures 4” x 4” and is presented in a classy black strut mount to fit a 6” x 8” frame.

Marginalia are embellishments found in the margins of Medieval manuscripts, providing a fascinating window upon the lives and imaginations of the authors. Snail hybrids, or malacomorphs, are often depicted in marginalia as monks or knights, and several can be found around the margins of the Breviary of Renaud de Bar. The marginalia of this early 14th Century manuscript also shows games, hunts and religious scenes.

Please note that this illustration is drawn on a brown paper with a naturally rustic texture. This means that there could be some slight speckling or uneven textures in the paper, which only adds to its historical effect!